Entries are ramping up for the ninth edition of the RORC Transatlantic Race, promising thrilling battles right through the fleet. Twenty one teams from nine nations have so far expressed their intention to race 3,000-miles across the Atlantic Ocean. Organised by the Royal Ocean Racing Club and supported by Calero Marinas and the International Maxi Association, along with Yacht Club de France, the RORC fleet will set off from Marina Lanzarote on the 8th of January 2023, bound for Camper & Nicholsons Port Louis Marina Grenada.

Two Superyachts are favourites to contest the IMA Transatlantic Trophy for Monohull Line Honours. The largest boat currently confirmed for the 2023 RORC Transatlantic Race is the 115ft Swan Jasi skippered by Toby Clarke. The 107ft Wally Spirit of Malouen X skippered by Stephane Neve will be an equal match for Jasi. Spirit of Malouen’s latest triumph was winning the Maxi 1 Class at this year’s Les Voiles de Saint-Tropez, significantly beating Jasi. However, the 3,000-mile RORC Transatlantic Race is a very different contest to inshore racing in the Mediterranean.

Joining the modern Supermaxis on the start line will be two renowned classic Maxis. The famous 73ft ketch Pen Duick VI was built for Eric Tabarly’s 1973 Whitbread Round the World Race and for the RORC Transatlantic Race, Marie Tabarly will skipper the boat, as she did for the 2022 Sevenstar Round Britain & Ireland Race. L'Esprit D'Equipe, winner of the 1985–86 Whitbread Round the World Race, will be skippered by Atlantic racing legend Lionel Regnier. The fascinating encounter pits two historic yachts against each other rated under IRC, making a fair match after time correction. 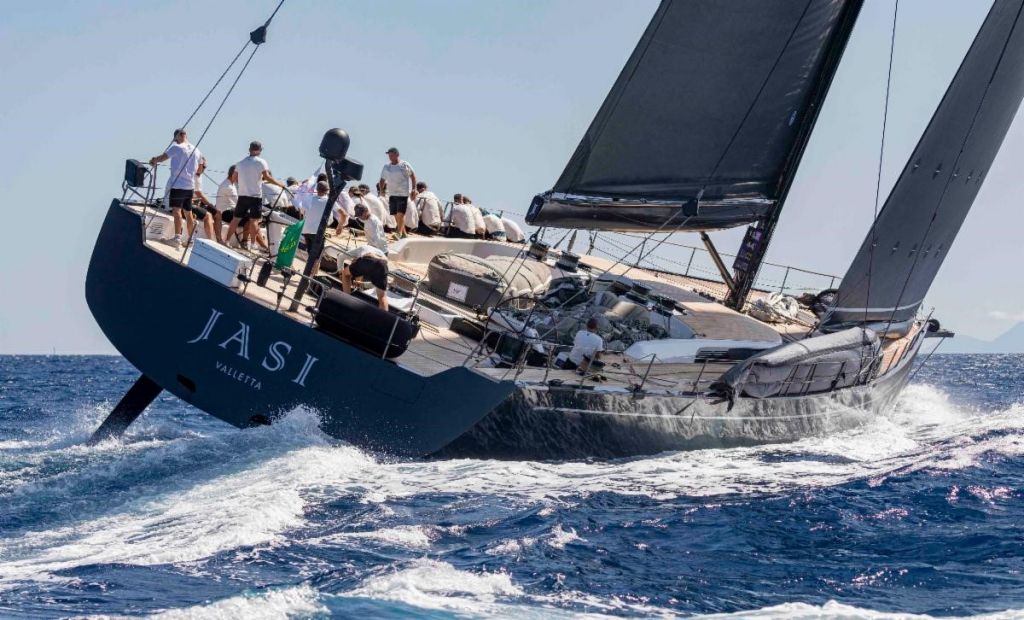 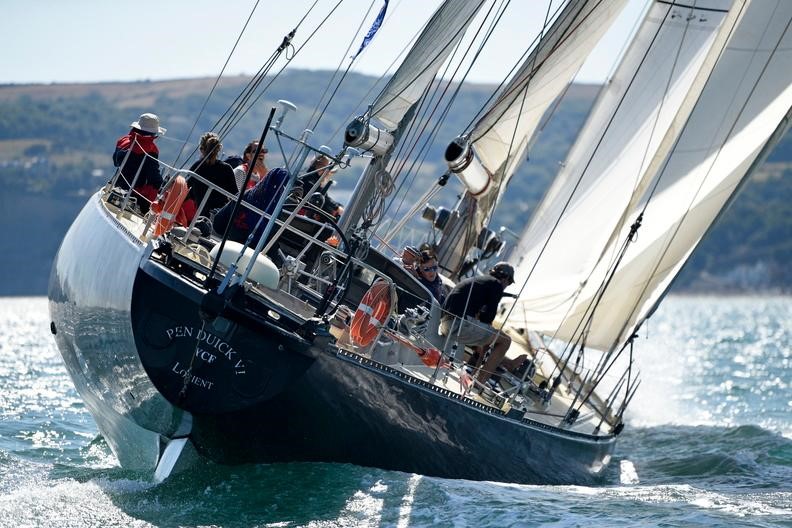 Giovanni Soldini’s Multi 70 Maserati (ITA) is all set to defend their Multihull Line Honours win last year. Maserati was one of five 70-foot trimarans competing in the Rolex Middle Sea Race this October and several are expected to enter the RORC Transatlantic Race. The latest is MOD70 Snowflake (CAY) with American Frank Slootman at the helm. For the Rolex Middle Sea Race, Gavin Brady, Tom Cheney and Ryan Breymaier were on board Snowflake. Formerly Phaedo 3, Snowflake now has a taller rig, longer bowsprit and lifting T-Foils, similar to Maserati. Yann Marilley’s 18-metre VPLP designed catamaran No Limit (FRA) is a confirmed entry. While No Limit is not as quick as Maserati and Snowflake, after MOCRA time correction No Limit has the ability to win the class. 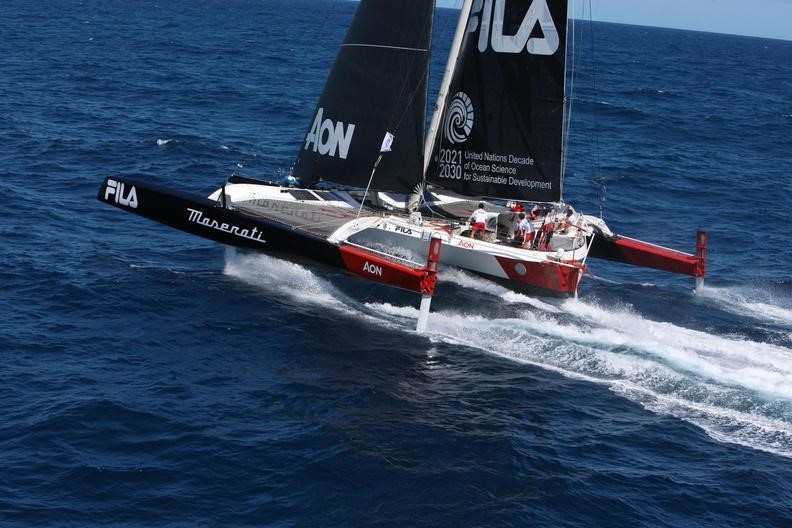 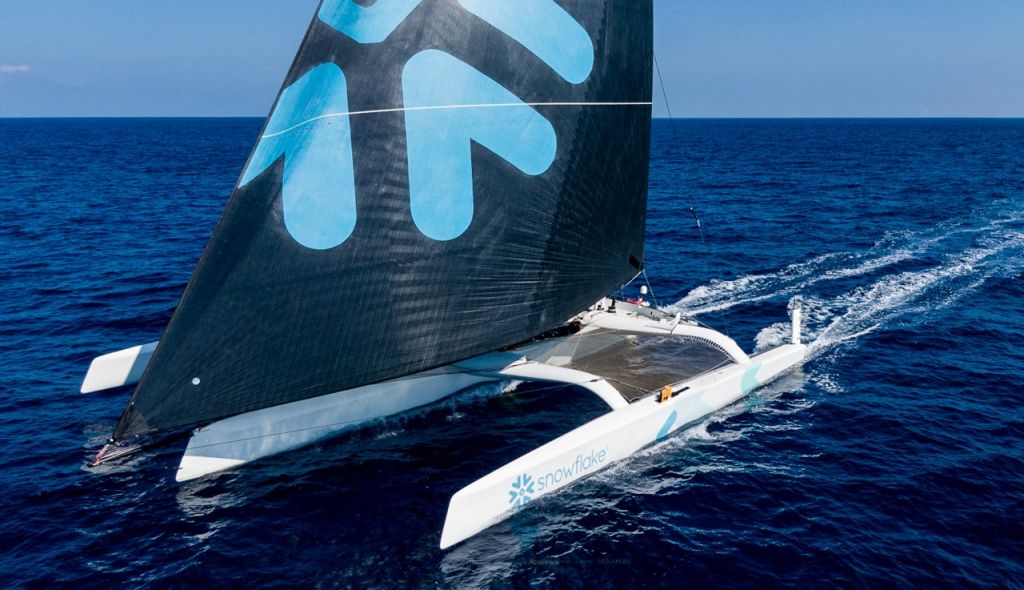 The overall winner in 2017, Eric de Turckheim’s NMYD54 Teasing Machine (FRA) was in fine form in October, winning the 2022 Rolex Middle Sea Race overall. Teasing Machine is now many kilogrammes lighter than 2017 and is the most developed of the three out-and-out offshore raceboats set for the race in January 2023.

Botin 56 Black Pearl (GER) is back with Stefan Jentzsch at the helm; this will be Black Pearl’s third start in the RORC Transatlantic Race having suffered gear failure and retirement in the last two editions. Black Pearl has the longest water-line length of the three combatants and has water-ballast to increase righting moment.

The most radical of the three 50-footers is Arto Linnervuo’s Infiniti 52 Tulikettu (FIN) which has a narrower hull and side foils. With an all-up weight of less than 7000kg, Tulikettu is by far the lightest of the three rivals and has the shortest water-line length. However, the Finnish team have the equipment and desire to punch well above their weight.

Skippered by Henri de Bokay the Elliott 52 Rafale (GER) has a canting keel setting it apart from the three other fast 50-footers. Previously as Outsider, the boat competed in the 2017 RORC Transatlantic Race finishing third overall. 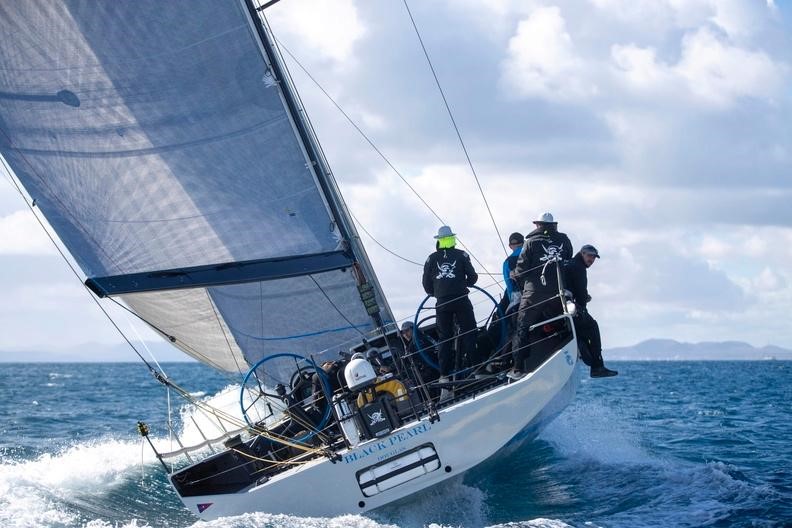 Botin 56 Black Pearl (GER) is back with Stefan Jentzsch at the helm; this will be Black Pearl’s third start in the RORC Transatlantic Race © James Mitchell/RORC

A bevvy of cruiser-racers will be competing in the RORC Transatlantic Race. The Swan 601 Lorina 1895, skippered by Ireland’s Ken Docherty is the fastest under the IRC Rating System. Making her race debut is Laurent Courbin’s First 53 Yagiza (FRA), which has recently been modified to include new rudders. Ross Applebey’s Oyster 48 Scarlet Oyster (GBR), skippered by Jules White is back after finishing second overall in 2022. Scarlet Oyster will continue their friendly rivalry with another team of charter guests racing Global Yacht Racing’s First 47.7 EH01 (GBR). Andrew Hall’s Lombard 46 Pata Negra (GBR) returns for its fourth RORC Transatlantic Race. Pata Negra’s best result so far was second overall in 2019.

Class40s have featured in the RORC Transatlantic Race since 2015; the first Class40 entry for the 2022 edition is Sabre II which will be raced Two-Handed by Czech sailors Miroslav Jakubcik & Marek Culen who also competed in the 2021 Rolex Fastnet Race 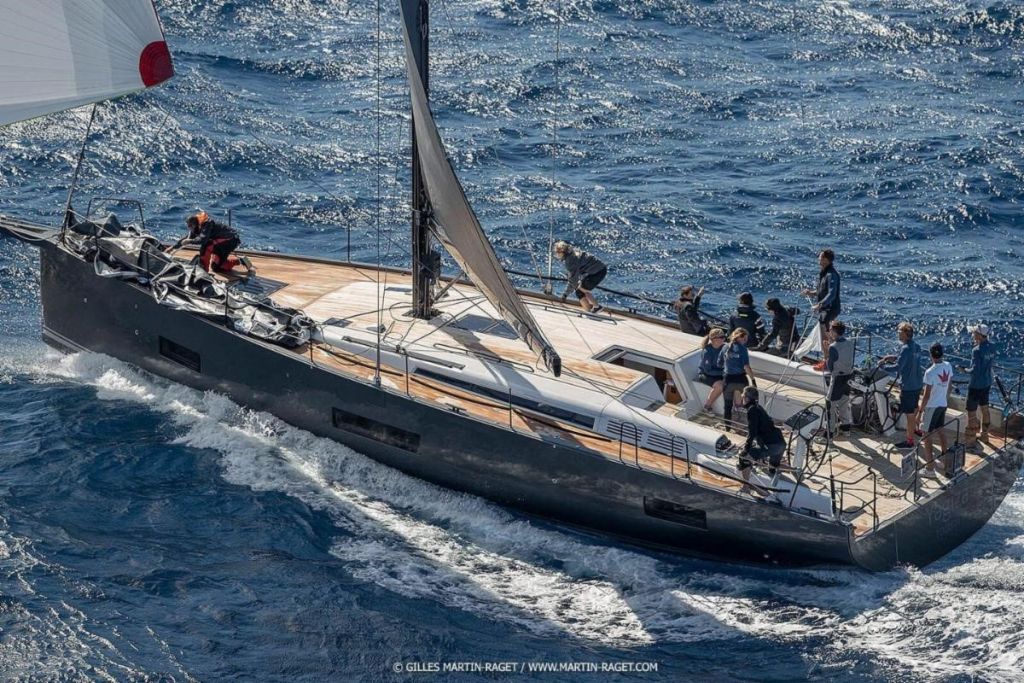